Showing posts from June, 2013
Show all

Let's take a break and rock it a bit 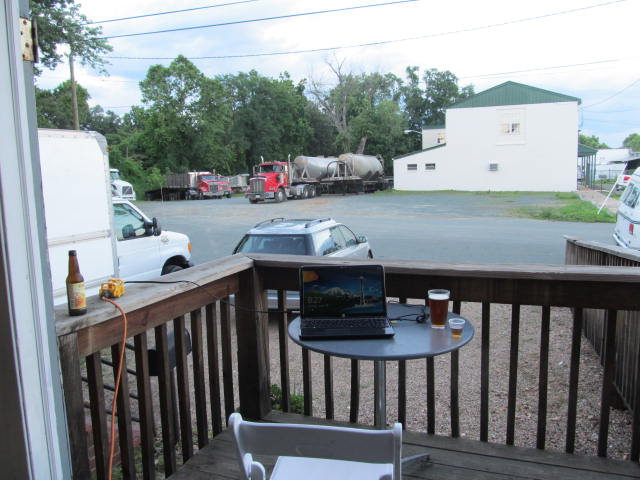 ﻿ Cocktail Hour at 606 Rivanna Avenue So, I am enjoying my industrial view with a Devil's Backbone Vienna Lager and I stumble across my old friend Al Anderson. You first met Al here  My favorite Drummer in the World   as the long time guitarist for the ineffable Go see Al here rock renegades NRBQ. Al eventually left NRBQ and has done tons of cool stuff...writing his own country songs and playing studio gigs with the best of them.   So let's take a little break and let Big Al rock us a bit (he looks better and happier here than he did 40 years ago). ﻿ It Came From The South Big Al Big Al poppin strings on what, a pink K-Mart Stratocaster? I Ain't Ever Slowin Down Big Al and diggin Helen on back up vocals...still here...still around...I ain't ever slowin down.
Post a Comment
Read more

I have new accomodations! 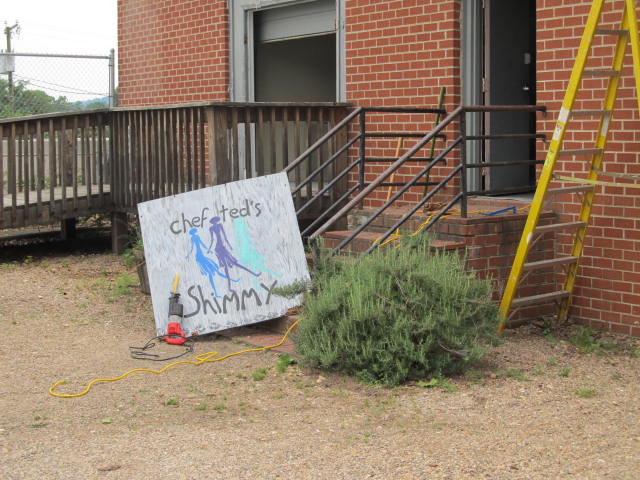 Chef Ted's Shimmy Club sign gets ready to meet the Saws-All ﻿ I have been living simply and deliberately in a room in my leased 4000 square foot warehouse in the industrial part of Charlottesville since I closed on my house May 31. I had intended to take da shaggin wagin to a campground outside of town, but why waste the money when the Shimmy club offers up all these almost free amenities?   How can you beat this front yard?   Uh, plenty of kitchen space   I see real palm trees in my future   A backyard to die for, trains and all. Tuesday afternoon Happy Hour A Jamaican neighbor has flourishing banana trees, we chat gardening...love this neighborhood! My neighbor; doesn't look like much, but I bet they have 100 concrete trucks that rumble and roll to pour the foundation of the explosion of growth in Charlottesville My next door neighbors. In a weird twist of zoning, this building, right on the main line railroad of the Northeast corrid
4 comments
Read more 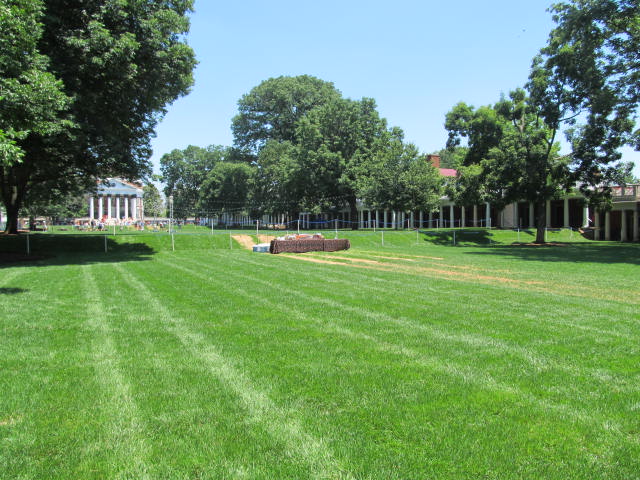 I spoke too soon a few weeks ago when I posted my  Last Marathon Job of the Career  Last Saturday was Reunion Weekend at the University of Virginia. Although not technically a marathon, it was a 16 hour day as we catered the Class of 1978 reunion at mid Lawn. Thanks so much to everyone at the University of Virginia and especially The Alumni Association for letting me do my thing for twenty five years! In the competitive catering world, only a few of us achieve such longevity. I wish I could thank all the people who hired me in the hundreds of departments at the University, but I don't want to leave anyone out...so I will just thank Wayne and Jason for all but inventing Reunion Weekend in its present behemoth form and including me for all these years. Oh, and Aloha good people! ﻿ A crew of 25 arrives at 11:00 AM. ﻿ 2 hours in...making some progress 5:00 PM shadows creeping across the Lawn ﻿ 6:30 PM and it is SHOWTIME for the Class of 1978 ﻿ Local and Span
Post a Comment
Read more 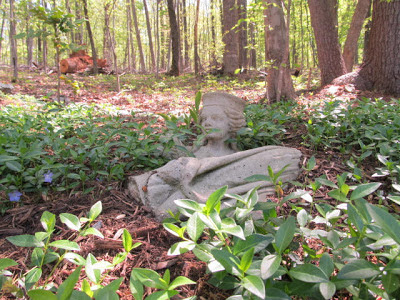 Sure, I can put my finger on it: the final sale of my house has a whiff of mortality to it. So it is to be expected that the last night and day in my abode of 23 years had an expected melancholy feel. Three children, two wives (I actually bought the house three times due to divorce:)), countless house guests, tragedy and hilarity. My son, who I did the most with in the house as far as painting, wall building and deck schlepping, helped me load the final items into the truck. We shared a final beer in the empty living room and off I went. He stayed behind alone for a while and I presume he had his own thoughts.   A winsome lass arising from the periwinkle ﻿ Pans we bought while a chef in Paris ~1985 ﻿ Would this guy say that  everything is temporary and fleeting? Would he say the Earth, Sun and even the whole bloody solar system are temporary? A new family is now going to move in here and have kids and plant azalea bushes on these ~400 million year old
Post a Comment
Read more
More posts