Showing posts from July, 2015
Show all

Hunter and Giles Come for a Visit 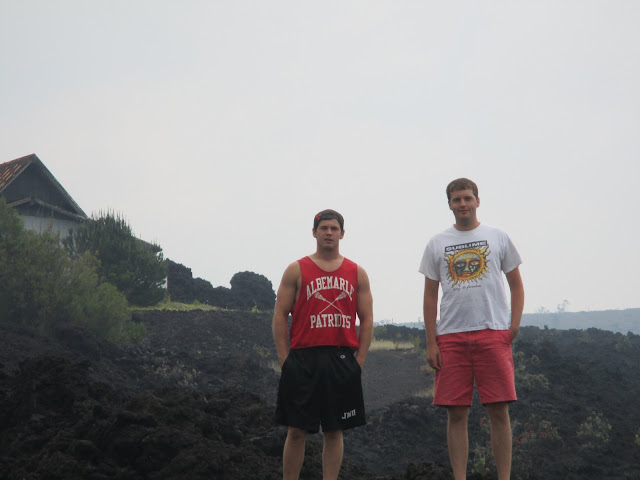 My two sons Hunter 28, and Giles, 25 recently flew to Hawai'i for a visit with Dad. They flew into Kona Airport and earlier that morning I had set up a campsite in Ho'okena State Park about 35 miles south in Captain Cook. As they had flown in from LAX at nighttime, they had no idea of the technicolor vortex that they had descended into. As we made the 2.5 mile switchback descent from Highway 19 from ~4000 feet to the beach, I hinted that as it grew lighter, Hawaii was going to slowly reveal itself to you guys and BLOW YOUR MINDS. And Pele did not disappoint. As dawn broke, the boys, er men, took their first swim, replete with snorkeling masks and fins, and a school of dolphins surrounded them, just curious as to what they were up to. What an opening salvo in your first waking hours on Hawai'i! We then spent several days on the white sand beaches around Kona. We hiked across a ~ 1 mile a'a lava flow that in ~1805 buried everything around here coveri
Post a Comment
Read more
More posts