Showing posts from January, 2020
Show all

Birthplace of Buddha and a Fierce Bengal Tiger Attack 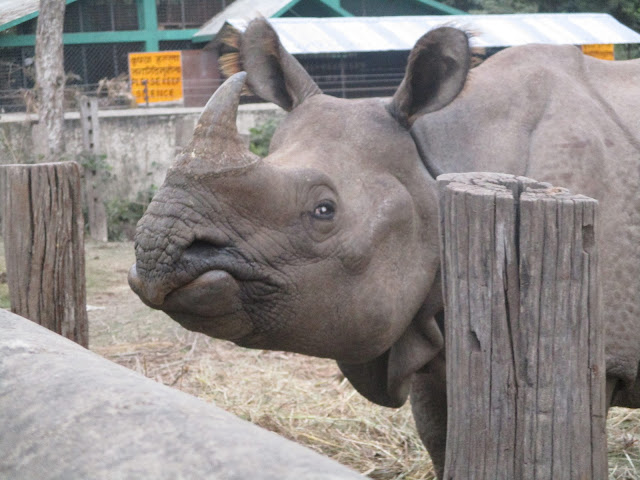 One of the of ~3500 or so one horned Himalayan Rhinos still around on Planet Earth. This one is in captivity for its own safety at Bardia National Park and he does not appear very happy about it. On our way to a safari, our first stop was to Lumbini Nepal, the supposed birthplace of one Siddhartha Gautama, who became a buddha (teacher) and went on later to become THE Buddha. Our introduction to the Buddha's birthplace was kinda of underwhelming. This is where the bus from Polkara dropped us off. The religious park is a gigantic affair to the left behind those trees. They say that they are working on paving the road, but still... Water supply and dishwashing area at a restaurant in Lumbini. Afterall, we are on the border of India.  Entering the monastery complex. Translation below: The five precepts of Buddhism's morality system for lay people. Gentle reader, how many do you observe? If some of these concepts look familiar to Christianity's Ten Commandm
Post a Comment
Read more
More posts