Showing posts from December, 2013
Show all

A Christmas Parade in Pahoa/Mele Kalikimaka! 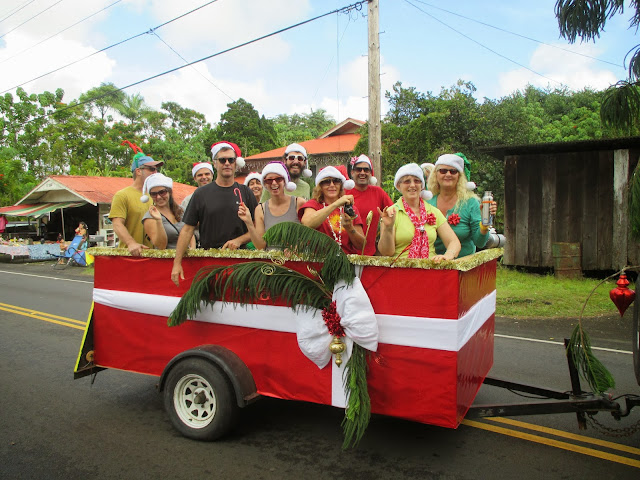 Sure I have watched plenty of parades, but I finally go to be in one. This is the Kalani float, one of about 30. We probably won first prize because of this Hula team. That is Tiki in the blue shirt: Kalani's general manager, hula expert and veteran of eleven Burning Man festivals...now that is a burner! They had a small boom box playing Hula and some Christmas Reggae, while the rest of us threw candy canes to the children. Being Pahoa, there were no strict rules as to what constituted a float. As the Big Island is the major agricultural part of Hawaii, there are lots of horses and modern day cowboys and their families.   The somewhat derisive tem "Punatic" was coined by local Hawaiians for haoles that were on government mental illness disability checks and did their thing living in tents in the jungle. Now it refers to the whole wacky and harmless hippie scene here. Toni, 93, is the matriarch of Kalani and has been here since the beginning 38 years
Post a Comment
Read more 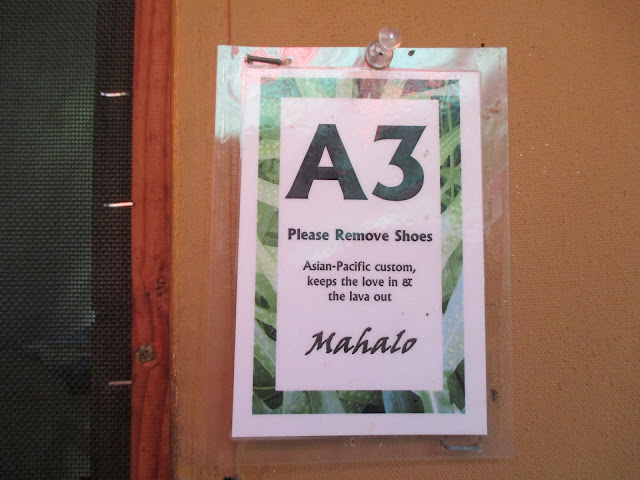 ﻿  So on a little more of the domestic front. Recently, I realized that when I jumped off  the bridge in Virginia several months ago, I had landed on my feet in an alternative universe, into a Hawaiian Paradise through some portal into another galaxy. Where else was there to go? So I took a paying shift leader position and signed on for a year. I spent the first few months in a tent, which was fine; some longer term volunteers swear by them for various jungle reasons. Which led me to A-Frame land. Home of managers, older folks and long term volunteers. Kind of a cool old folks home. ﻿ ﻿  One of the management benefits was the offer of moving to an a-frame. The bungalows and cabanas can mean having a roommate. So I headed down another jungle path, which is pitch black at night when there is no moon.  and I ended up here, at a smaller a-frame, which is not much bigger than a tent but has electricity, great internet connection, protection from the rain and a bed.
1 comment
Read more

How does a codger like me end up at this party? 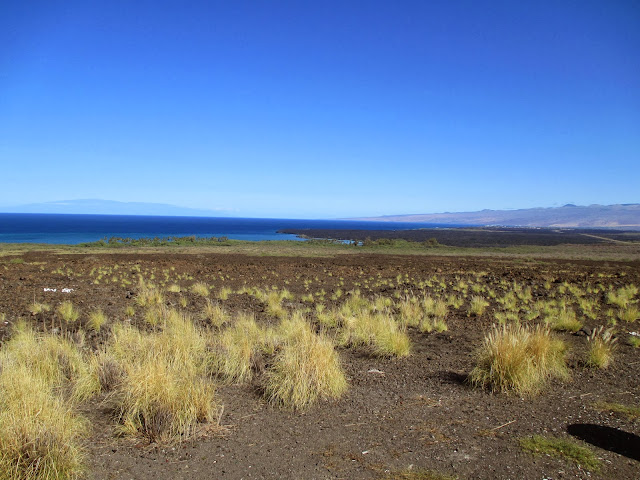 We recently had our monthly ohana trip and some 30 of us went to the other side of the Big Island to visit the white sand beaches of Kona, some three hours away. There is very little shade but the swimming was nice and totally different from the Puna side. The earth has 14 or 15 identifiable micro-climates and 11 of them are on the Big Island; you just never know what is around the next curve in the road.   Haleakala Volcano on the left in the distance, elevation 10,000 feet, some 50 miles across the Alenuihaha channel on the island of Maui. This 1801 lava flow added new real esate to about 15 miles of this Kona coastland, burying fishing villages and filling in a bay in the process. That is Hualalai, 8271 feet on the right. The beach in under those palm trees in the distance facing Maui. Our destination: Manini 'owali Beach, on Kua Bay, with Mauna Kea in the background at 10,500 feet, resting in the clouds.    A cinder cone in the background from the beach. Th
6 comments
Read more
More posts