Showing posts from July, 2016
Show all

A Hawaiian Celebration of Life 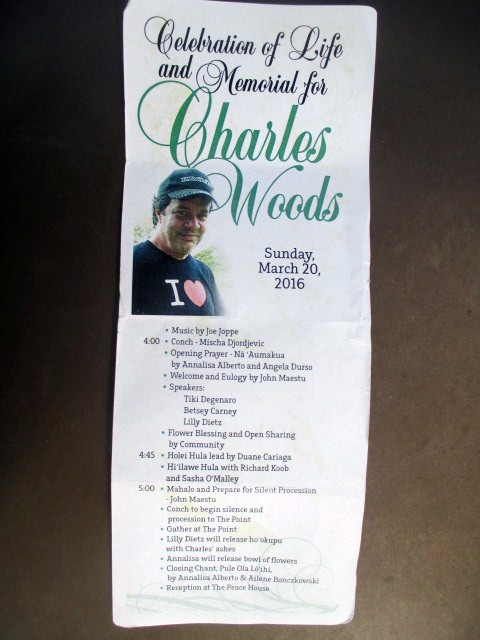 Everyone knew Charles at Kalani . Or did they?  I have no idea what Charles' actual personality "disorder" was, if there was one, but words like savant, maybe autistic come to mind. Basically he was extremely brilliant but did not make eye contact, much less meaningless small talk. However if you asked him a question, he bubbled forth a world of knowledge: position of various galaxies in Hawaii, porn stars that had visited Kalani decades ago, New Orleans food and music, everything golf, hell he even knew the details of a breaking scandal that happened at the tony Glenmore Counrty Club back home in Charlottesville. Charles had many responsibilities in his main job in the kitchen, but his hobby of sorts, well, science project of sorts, where he excelled, was in fermentation projects: making pickles, chow chow,  jardiniere. sauerkraut, kim chee. The pro-biotic tribe loved him. He also drove the vans to pick up guests and incoming volunteers. I have heard
Post a Comment
Read more
More posts