Showing posts from July, 2012
Show all

Should you pass cool stuff onto the next generation?

July 31, 2012
Site of the Mountain Top Hotel and Springs, Afton, Virginia.   On my father's side of the family, one William Leake was allowed to be kidnapped by a evil second wife step mother from Nottingham, England in ~ 1685 and sent to Rocky Spring, Virginia, which in now a country suburb of Richmond. http://genforum.genealogy.com/leake/messages/974.html Eventually there was a nice red brick estate there, which as a child, my father pointed out from the road as we sat in what at least to a twelve year old appeared to be his Super Fly pimp-mobile. Considering the turmoil and financial difficulties that my family was going through at the time, I kinda wondered what happened. As the late 1600's moved on to the late 1700's, and on to mid 1800's, a branch of the family moved on to Albemarle County, where another, albeit more modest  wooden farmhouse with acres counted in the hundreds, was built, and I am guessing by others than W
Post a Comment
Read more

Should you let drunk men into your house? 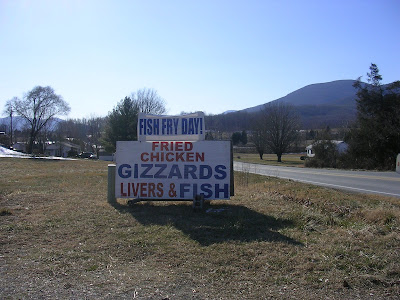 As an underemployed, yet inexplicably optimistic blogger, I am constantly whiling away the afternoon researching the nuts and bolts of full time van-living down by the river on various forums and websites. I recently stumbled upon David, a life long drifter of questionable morals and decisions. Generally, David the Drifter loaded everything he owned into a 1997 Dodge van and hit the road a year or two back. Most of the time, he is generally and generically lost in America, but specifically now, he is working as a cook at a lodge in the Grand Tetons. Before taking this *real job*, his first in a while, as he had been drinkin', druggin', and driftin' in Mexico and passes on this piece of advice, of which, who are we to argue? "On to a brighter subject, yesterday was the Super Bowl. While this game is big in the United States, it is not very popular here in Mexico. I got off work and headed to town in search of some football and beer. As I walked along the road, I f
Post a Comment
Read more 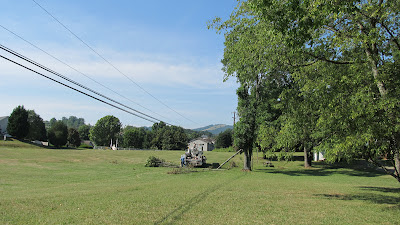 Power truck working on low hanging lines What is a derecho? Like most of the East Coast, I have been sweating it out at my 105 degree work place to return home to my 105 degree house with no electricity or running water for going on four days now…fridge is beginning to stink but I am scared to open it. I learned that a derecho, Spanish for straight, is weather parlance for a fast, forward facing, long lived, violent thunderstorm complex, moving more or less in a straight direction. The massive trail of destruction on Friday night, viewed from my deck, with Giles and copious amounts of IPA’s, more than fulfilled the definition of a derecho. The straight shooting derecho, in contrast to a “twisting” tornado or hurricane, started in Chicago and caused chaos, death, loss of power and mayhem until it reached the Atlantic Ocean some 600 miles later. Kinda got me wondering, do people who fulltime, toss and turn in 105 degree metal box RV’s,smelling their spoiled fridges?
Post a Comment
Read more
More posts