Showing posts from May, 2020
Show all

As the Weeks Pass By in Bangkok 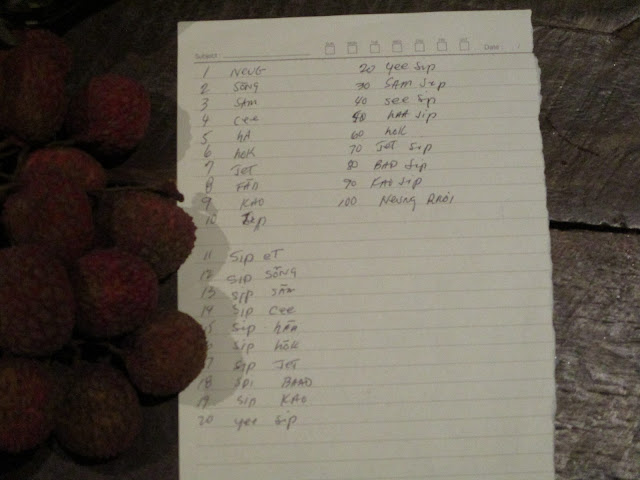 Originally, we scheduled a two week stopover in Bangkok on our way to Vietnam; our sojourn in Bangkok is now approaching three months. As the weeks pass by, this extended quarantine translates into plenty of free time to work on my Thai. The hardest part of learning Thai (written Thai is based on ancient Sanskrit) is accepting that it has absolutely nothing to do with English. There are 44 consonants, 15 vowel symbols that combine into 28 vowel forms and 5 separate tones. If you consider each vowel form a separate letter then they are a whopping 72 letters in the Thai alphabet.  Contrast this with the Hawaiian language, with its 5 vowels and 7 consonants! The hardest part of all this is the five possible tones for each possible letter. We have a few tones in English, for example: "Don't you use that tone of voice with me young man!" or say the skeptical tonal enunciation of "OK" by a petulant 12 year old to "OKAAAAY Dad, I got it!" As
2 comments
Read more
More posts